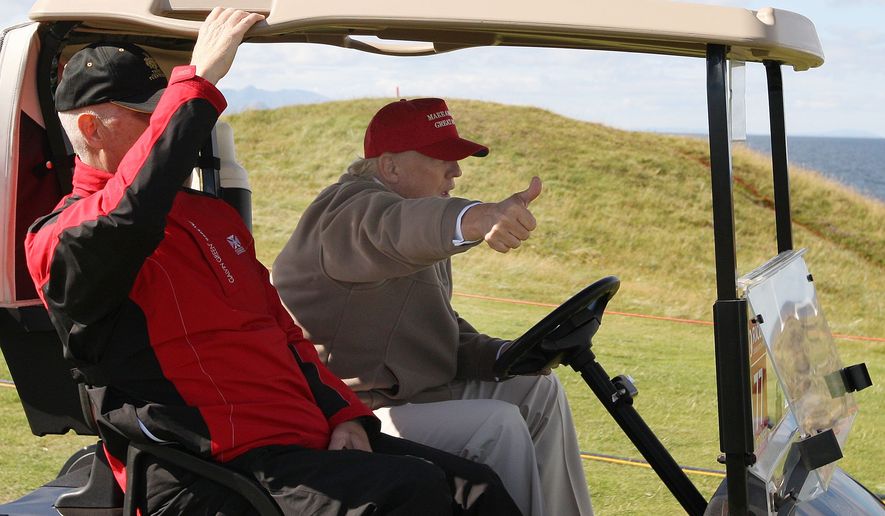 ABERDEEN, Scotland | He has called his American media critics “disgusting” and “dishonest,” but across the Atlantic, Donald Trump has had no problem getting his views across in the press, thanks to a small local newspaper in the Scottish Highlands.

Eschewing more illustrious British outlets, the billionaire developer and Republican front-runner made his debut as a columnist Monday in The Press and Journal of this fishing and oil city on the North Sea coastline, where Mr. Trump has invested in a slew of luxury golf properties.

The paper usually features news about the local farming community and restaurant reviews — and now boasts the latest musings of The Donald. So far, his efforts are playing to mixed reviews among locals.

The paper claims that Mr. Trump’s contribution will be a regular and exclusive column on the race for the White House, splashing the Republican maverick’s face against the backdrop of the Stars and Stripes. In his maiden column, Mr. Trump argues that his experience of building luxury golf developments in Scotland and his fights against local residents and environmentalists have helped gird him for the race for the White House.