by Stephen Dinan and Bradford Richardson - The Washington Times
September 16, 2016 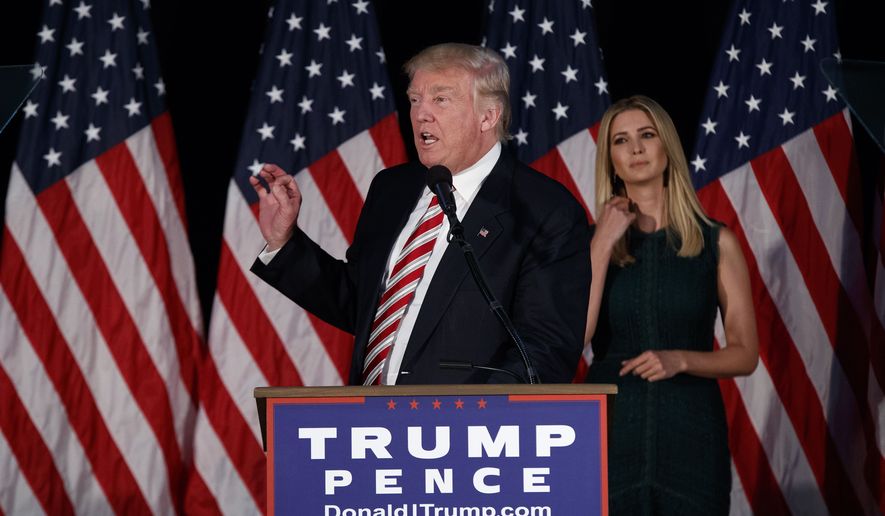 Donald Trump on Friday will vow to fight for a permanent prohibition on spending federal taxpayers’ money on abortions, as he announces his Pro Life Coalition, a group of high-profile backers who will make the case that the Republican presidential nominee is worthy of support for pro-life voters.

He’s tapped Marjorie Dannenfelser, head of the Susan B. Anthony List, to lead the coalition, and released a letter pledging to fulfill four pro-life goals as president, including nominating pro-life justices, signing a law ending late-term abortions, stripping funding from Planned Parenthood as long as the organization performs abortions, and making permanent the Hyde Amendment ban on taxpayer money going to fund abortions.

The move is all the more striking coming at this point in the campaign, when most candidates are trying to tack to the political center, hoping to avoid thorny social issues.

“For a candidate to make additional commitments during a general election is almost unheard of,” Mrs. Dannenfelser said. “The contrast could not be clearer between the two tickets, and I am proud to serve as National Chairwoman for Donald Trump’s Pro-Life Coalition.”

Indeed, Mr. Trump’s commitment to a permanent ban on taxpayer funding comes as the Democratic Party is moving further to the left, including a plank in its platform calling for an end to the Hyde Amendment, which for four decades has stood as a hard-fought compromise.