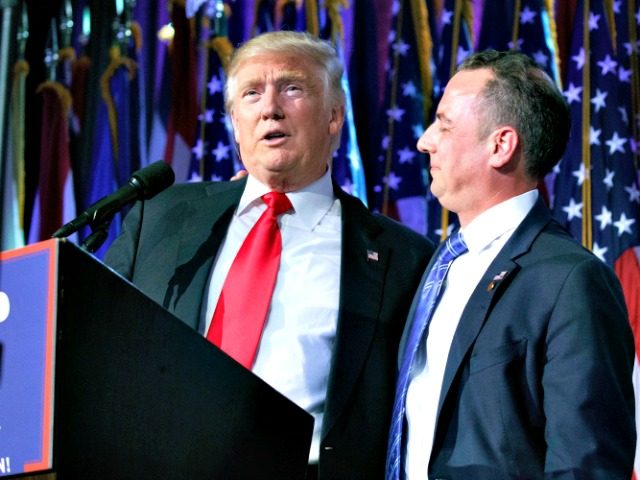 President Donald Trump signaled support for his chief of staff Reince Priebus, despite growing concern from allies that he is failing the president.

“This is a fine-tuned machine and Reince happens to be doing a good job,” Trump said during his press conference at the White House. Trump acknowledged, however, that “half” of Priebus’s time was fighting the “lies” in the press. Trump told reporters that the “real story” was the ongoing “illegal leaks” from inside the government.

Some of Trump’s allies are voicing concerns that Priebus is not sufficiently staffing the administration and rooting out Obama’s political appointees in the federal government, according to a report from Breitbart News editor Matthew Boyle.