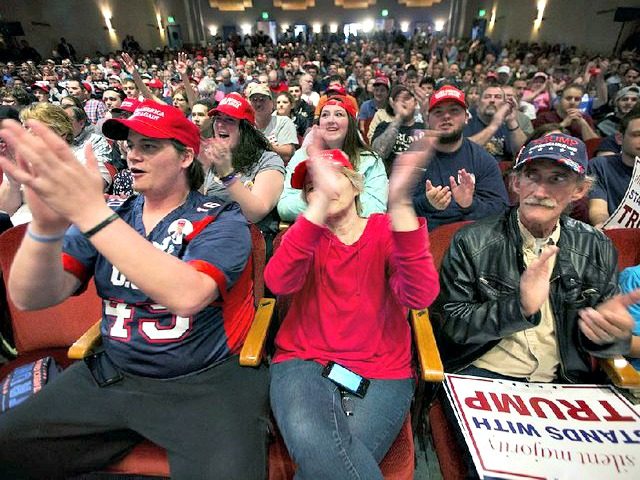 Data compiled since the New York GOP primary shows that billionaire Donald Trump’s popular vote total in 2016 in states that have voted so far significantly exceeds the vote totals that Mitt Romney, the 2012 nominee, had in those states in total.

All in all, in the contests that have been had so far in 2016, Trump towers over Romney—having won more than 2 million more votes in the 2016 GOP primaries. Sen. Ted Cruz (R-TX), the next closest vote-getter to Trump this cycle, falls just under 300,000 votes short of Romney’s totals in the 2012 cycle.

In total, Trump has received 8,776,586 votes so far this year in states that have already held primaries or caucuses or conventions. In those same states in 2012, Romney received 6,654,029 votes—a whopping 2,122,557 votes less than Donald Trump. That means Trump has gotten a 31.79 percent increase over Romney’s totals.

The analysis shows that of the nearly 40 contests so far, Trump’s 2016 vote totals have demolished Romney’s 2012 vote totals in most places.