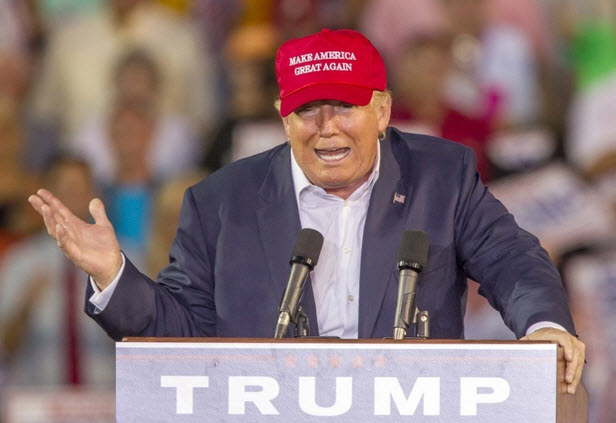 Donald Trump issued a press release Monday — that is to say, a tweet — decrying the out-of-the-gates collapse of American stock markets, which is seen by many experts as continued fallout from slides on Asian markets. Trump has been hammering on economic uncertainty for some time, in part because it serves his political goal of casting doubt on the administration of President Obama and his party.

But it might also reflect in part another, baser motivation: Trump loses a lot of money when the market sinks.

A lot of money by normal-people standards, to be sure, rather than his. Much of Trump’s however-much-he’s-worth net worth is tied up in real estate, which provides the bulk of his his net worth’s billions. He needs liquid assets like stocks, though, in order to fuel his presidential bid.