Dossier author Christopher Steele will be questioned by US investigators: report 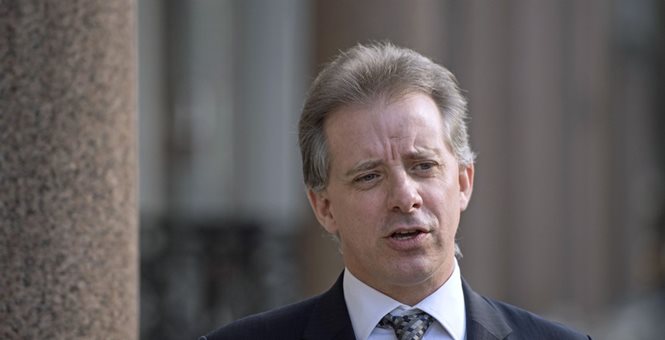 Former British spy Christopher Steele, the author of the anti-Trump dossier of salacious and unverified claims about the president’s ties to Russia, has agreed to be questioned by investigators from the United States, according to a report in Britain.

The Times (UK) cited sources close to Steele on Tuesday in reporting that the 54-year-old is set to be interviewed in London within weeks. The development comes as attention has returned to the dossier authored by Steele — especially since its more sensational claims were not substantiated by Special Counsel Robert Mueller, whose report found no evidence of collusion between the Trump campaign and Russia during the 2016 election.

The paper did not specifically say who Steele would be interviewed by.

But there are several ongoing investigations in the U.S. related to the origins of the Russia probe, and federal investigators are probing how the Democrat-funded anti-Trump dossier written by Steele was used to secure surveillance warrants for former Trump campaign adviser Carter Page in 2016.