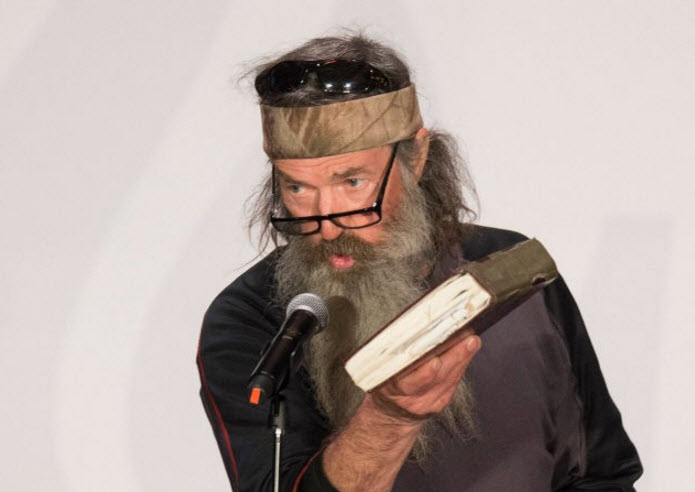 In discussing media criticisms of Donald Trump as a “fascist,” Duck Dynasty star, Duck Commander Phil Robertson, told Breitbart News Daily SiriusXM host Stephen K. Bannon of those outlets, “What they actually are, they’re controlled by “Satan,” or “the evil one.”

“There’s two great powers at work. There’s good–that’s God–and evil. You have the larger portion who are controlled by the evil one,” said Robertson.

His comments came during a conversation about America today from a spiritual perspective. The U.S., said Robertson, “is in a spiritual crisis, no doubt about that.” Among other topics, he discussed the general welfare of America in religious terms.