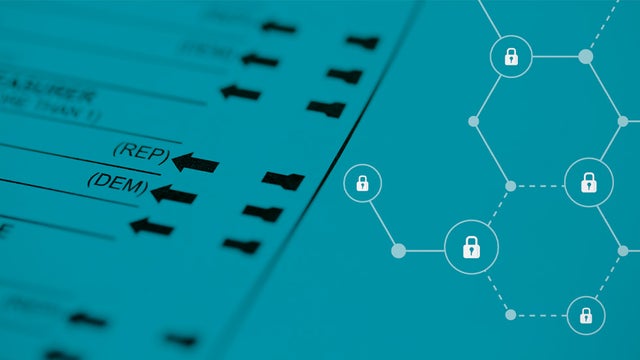 Members of Congress and key federal and state officials on Thursday praised the $250 million approved by the Senate Appropriations Committee for election security efforts across the country, but noted that this funding does not do enough to address the overall threats.

“Maybe, just maybe, Republicans are starting to come around to our view that election security is necessary, that if the Americans don’t believe their elections are on the up and up, woe is us as a country, as a democracy,” Schumer said on the Senate floor on Thursday.

Schumer, however, noted that the job of securing American elections remains “incomplete” as long as legislation to mitigate various threats to elections is not addressed.

“While this funding is important, it’s not the only thing we need to do to secure our elections from Russia, Chinese, Iranian, or any other foreign country interfering,” Schumer said. “We’re getting the money in appropriations, but we need more legislation to refine where the dollars go.”

The $250 million included by the Senate Appropriations Committee comes months after the House passed its version of the Financial Services and General Government funding bill with $600 million included for election security.

The House and Senate versions of the annual funding bill will eventually be conferenced between the two chambers of Congress, with the ultimate amount designated for states through the Election Assistance Commission (EAC) unclear as of Thursday.

Congress appropriated $380 million to the EAC in 2018 to give to the states to bolster election security, with the EAC expecting about 85 percent of this amount to be spent prior to the 2020 elections.

Sen. Amy Klobuchar (D-Minn.), one of the key members of Congress who has fought to address election security threats, said in a statement that the approval of the funds “is a sign that Republicans are finally getting the message that the federal government must do more to help state and local election officials who do not have the resources they need to protect our democracy from foreign adversaries.”

Klobuchar, who is running to be the 2020 Democratic nominee for president, added that “while this is a positive step, it is not a substitute for passing” election security bills that Klobuchar has sponsored along with other Senate Democrats.

Senate Democrats including Klobuchar have introduced a multitude of bills designed to address various threats to elections, including one this week to help combat foreign influence operations through the establishment of a center to better coordinate information sharing between federal agencies.

The Senate has passed legislation to prohibit foreign individuals who interfere or seek to interfere in U.S. elections from entering the country, and to make hacking a federal election a federal crime.

The Senate Homeland Security and Governmental Affairs Committee Democrats tweeted that “some funding is a key step to secure elections, but it’s not enough.”

The committee Democrats, led by Ranking Member Gary Peters (D-Mich.), advocated for verifiable paper records of votes, putting in place minimum security standards for voting machines, and including the Department of Homeland Security in writing voting machine standards along with passing funding for election security.

Sen. James Lankford (R-Okla.), who has pushed for election security legislation and voted in favor of the funds on in committee on Thursday, said after the vote that more should be done.

Lankford noted that the funding bill “provided additional funding for states for election security. However, I believe we must take additional legislative steps to streamline cybersecurity information-sharing between federal intelligence entities and state election agencies, expedite security clearances to state election officials, and ensure the auditability of elections so we are able to verify the results.”

Bipartisan U.S. secretaries of State around the nation have led the call over the past year for Congress to appropriate further funding to states to address election security threats.

Two of these secretaries spoke on a panel at the cybersecurity summit hosted by the Department of Homeland Security’s Cybersecurity and Infrastructure Security Agency (CISA) on Thursday, with both applauding the Senate for taking the step.

“We are always operating in a world of scarce resources. I’m glad that there has now been some level of bipartisan agreement that this is a priority that we need to fund, I think that nearly universally the secretaries of state across the country want to see more resources made available,” Ohio Secretary of State Frank LaRose (R) told The Hill. “We need more resources, it’s a good thing.”

Michigan Secretary of State Jocelyn Benson (D) told reporters that while the additional election security funding is “encouraging,” she would prefer not to be given a “blank check” by Congress that puts no requirements on how states use the funds, advocating for more oversight.

“I think it’s not enough … it will help us, but what we also need is not just one-time funds but a consistent partnership that gives us the ability to plan out as well when we can expect funding so we’re not attached to the political whims from year to year,” Benson said.

Benson’s remarks echoed those made by CISA Director Christopher Krebs to the media earlier in the day at the same summit. Krebs also applauded the funding, but noted that “consistency” in funding from the federal government would be most helpful for state and local election officials.

“Yes $250[,000], as the agreement reads, I think is a great step forward, but what’s next? I think that is what we need to have some clear signals from the federal government on,” Krebs said.