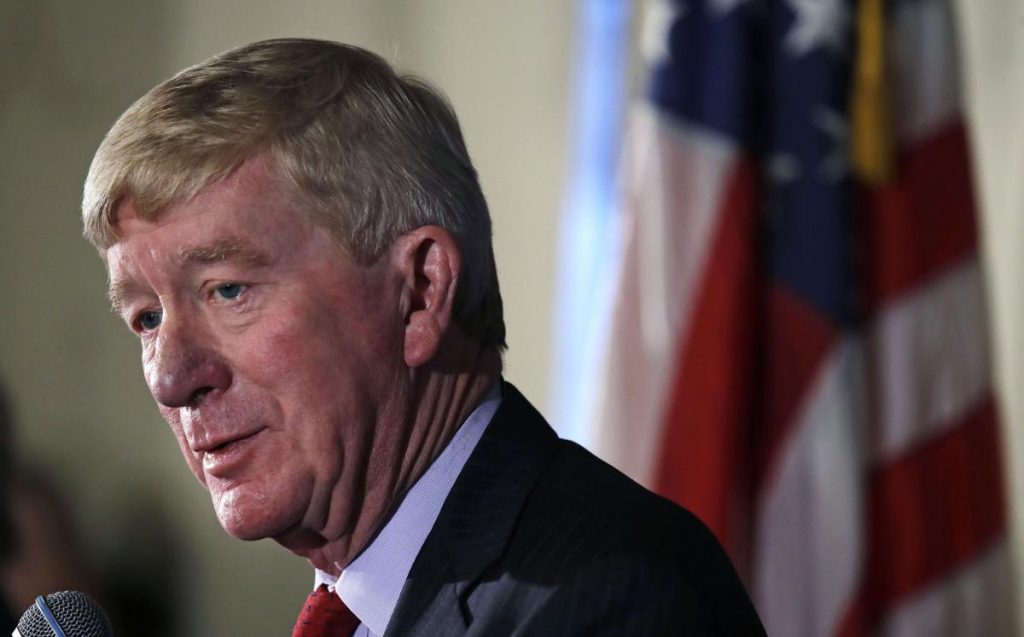 BEDFORD, N.H. (AP) — William Weld, a former Massachusetts governor who ran for vice president on the Libertarian Party ticket in 2016, became the first Republican to take a serious step toward challenging President Donald Trump in 2020.

Speaking Friday at a breakfast in New Hampshire, Weld said he has created a presidential exploratory committee. He blasted Trump for leaving the nation in “grave peril.”

“We have a president whose priorities are skewed towards promotion of himself rather than for the good of the country,” Weld said. “He may have great energy and considerable raw talent but he does not use that in ways that promote democracy, truth, justice and equal opportunity for all. To compound matters, our president is simply too unstable to carry out the duties of the highest executive office in the land.”