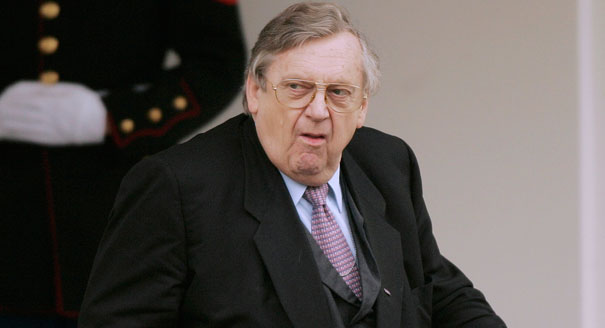 By THE ASSOCIATED PRESS, Politico

WASHINGTON â€” Lawrence S. Eagleburger, the only career foreign service officer to rise to the position of U.S. secretary of state, died Saturday. He was 80.

Eagleburger died in Charlottesville, Va., after a short illness, according to a family friend, Christy Reap. No further details were immediately available.

A straightforward diplomat whose exuberant style masked a hard-driving commitment to solving tangled foreign policy problems, Eagleburger held the top post at the State Department for five months when Secretary of State James A. Baker III resigned in the summer of 1992 to help President George H.W. Bush in what turned out to be an unsuccessful bid for reelection.

â€œOur nation is grateful for Secretary Eagleburgerâ€™s lifetime of service, and our thoughts and prayers are with his family, especially his three sons,â€ President Obama said Saturday in a statement in which he called him a â€œdistinguished diplomat and public servant.â€

As Bakerâ€™s deputy, Eagleburger he had taken on a variety of difficult assignments, including running the department bureaucracy. Baker often was abroad, working on Middle East problems, German reunification and collapse of the Soviet Union, leaving Eagleburger to tend to the home front.