FARRAKHAN: THE AMERICAN SYSTEM HAS TO BE TAKEN DOWN 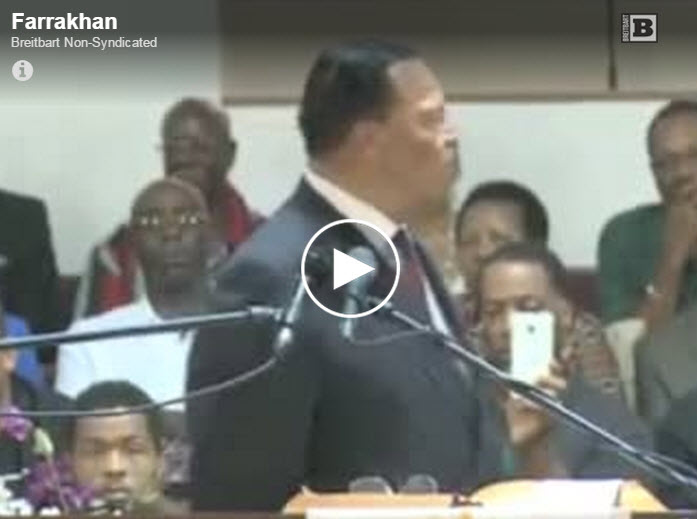 Friday in Cleveland, OH at a “Justice Or Else!” rally for “10.10.15,” the 20th anniversary of The Million Man March gathering being held in Washington, D.C. on October 10, 2015, Louis Farrakhan said for real racial justice to occur the way God intended the whole American system “has to be taken down” as evidenced by President Barack Obama being elected and still not being able to change anything.

Farrakhan discussed the case in Cleveland on November 29, 2012 after a 25-minute high speed car chase, 13 police officers fired 137 rounds into the car killing Melissa Williams and the driver Timothy Russell.

Farrakhan said, “No man has the right to take your life and then deny you due process for the address of your grievances. I watched that judge with Melissa Williams Mr. Russell. Shot at a vehicle a 137 times. That’s a hell of a lot of shooting. Now these people are supposed to be marksmen. Any of you that hunt when you go to hunt a deer, when you get him in your site you know exactly where to put the bullet so it drops him. And as he’s bleeding out you catch him, go get it because you are going to eat him. But if you shot him a 137 times ant no sense in trying to eat that one.”