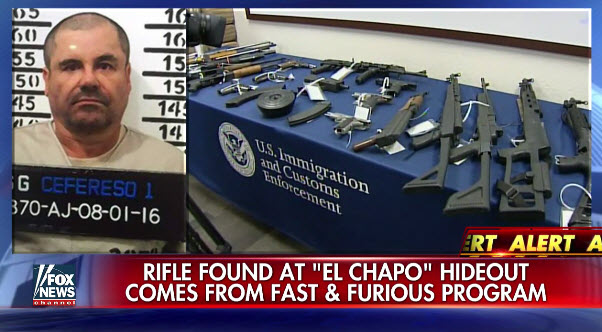 A .50-caliber rifle found at Joaquin “El Chapo” Guzman’s hideout in Mexico was funneled through the gun-smuggling investigation known as Fast and Furious, sources confirmed Tuesday to Fox News.

A .50-caliber is a massive rifle that can stop a car or, as it was intended, take down a helicopter.

After the raid on Jan. 8 in the city of Los Mochis that killed five of his men and wounded one Mexican marine, officials found a number of weapons inside the house where Guzman was staying, including the rifle, officials said.