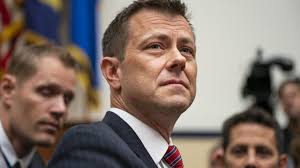 The trove of documents turned over by the FBI, in response to a lawsuit by the transparency group Judicial Watch, also included discussions by former FBI lawyer Lisa Page concerning a potential quid-pro-quo between the State Department and the FBI — in which the FBI would agree to downgrade the classification level of a Clinton email in exchange for more legal attache positions that would benefit the agency abroad. There was no indication such a quid-pro-quo ever took place.

And, in the face of mounting criticism aimed at the FBI, the documents revealed that Comey quoted the 19th century poet Ralph Waldo Emerson by assuring his subordinates, “To be great is to be misunderstood.”

The FBI did not respond to Fox News’ request for comment on the released emails.