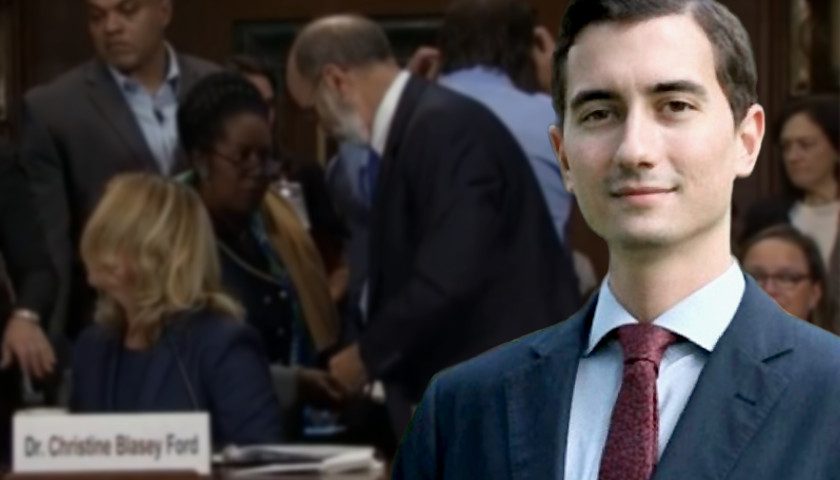 A former aide to two Democratic members of Congress will receive a sentence of four years in prison for data theft after pleading guilty to five felony charges linked to ‘doxing’ — or releasing personal information such as home addresses — five Republican senators.

Jackson Cosko was sentenced Wednesday by Judge Thomas Hogan in the U.S. District Court for the District of Columbia. Cosko was arrested in October 2018 for breaking into the office of his former employer, Sen. Maggie Hassan, D-N.H., and stealing private data before using it to ‘dox’ several Republican senators by posting their personal contact information on Wikipedia.

Even after his arrest, Cosko, a supporter of 2020 presidential candidate and Vermont Sen. Bernie Sanders, continued to mine data through keystroke-logging devices he had installed on several computers in the Senate offices. The devices were only discovered after Cosko informed authorities of their existence.

The sentencing memorandum filed by the prosecutor described the bulk of Cosko’s charges, including “a months-long series of burglaries and sophisticated data theft offenses directed at the office of” Hassan and “maliciously releasing” personal information of Senators Lindsay Graham, Orrin Hatch, Mike Lee, Rand Paul, and Mitch McConnell.