A former Democratic National Committee chairman says President Barack Obama and the party’s congressional leaders should immediately come up with a process to identify a potential successor candidate for Hillary Clinton for the off-chance a health emergency forces her out of the race.

“Now is the time for all good political leaders to come to the aid of their party,” said Don Fowler, who helmed the DNC from 1995 to 1997, during Bill Clinton’s presidency, and has backed Hillary Clinton since her 2008 presidential bid. “I think the plan should be developed by 6 o’clock this afternoon.”

Fowler said he expects Clinton to fully recover from her bout with pneumonia, which forced her to leave a Sept. 11 memorial event early and cancel an early-week fundraising swing. But he said the Democratic Party would be mistaken to proceed without a contingency plan. The party’s existing rules empower the DNC to name a replacement candidate but include few guidelines or parameters.

“It’s something you would be a fool not to prepare for,” he said in an interview on Monday. He added a note of caution, should Clinton attempt an expeditious return to the campaign trail. 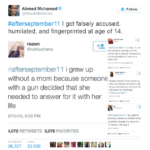 Clock Boy Blames 9/11 For His Arrest 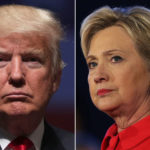