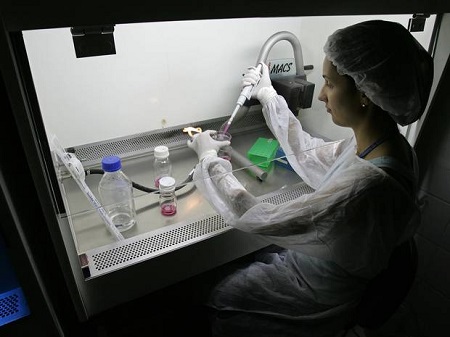 American scientists have attempted to modify the DNA of human egg cells using a new gene-editing technique that could eliminate inherited diseases from subsequent generations of affected families, The Independent can reveal.

The research was carried out on ovary cells taken from a woman with inherited ovarian cancer to investigate the possibility of eventually using gene-editing to produce IVF embryos free of the familial disease. The results are yet to be published.

However, the development of a simple gene-editing technique which can alter human DNA with extreme precision has raised the prospect of it being used in the future to help couples affected by inherited diseases who would like children free of the family mutations.