Garner’s daughter on Sharpton: ‘He’s all about the money’

Al Sharpton is all about the Benjamins, a daughter of police chokehold victim Eric Garner claims in a bombshell videotape.

Erica Snipes tees off on the reverend as interested primarily in money during a conversation secretly recorded by controversial conservative activist James O’Keefe’s group, Project Veritas.

One of O’Keefe’s investigators with a hidden camera posed as a Garner supporter during a protest last month at the St. George Ferry Terminal on Staten Island. 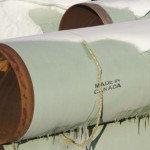 AL SHARPTON LEADS MARCH IN DC AS NYC PROTESTERS CHANT: ‘WHAT DO WE WANT? DEAD COPS!’