Gates proposes $78B in cuts over 5 years 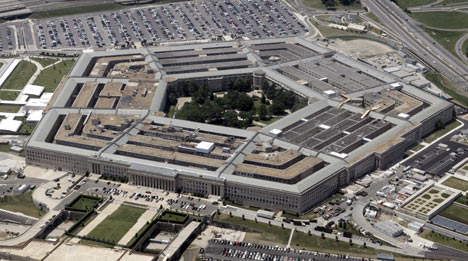 The Pentagon on Thursday announced a series of sharp cuts in defense spending over the next five years that senior leaders say will improve efficiencies but leave reduced numbers of Marines, soldiers and key defense systems.

The cuts will pare the Army and Marine Corps by as many as 47,000 people, reversing a trend since the Sept. 11 attacks of increased budgets and more recruitment. The new cuts also will eliminate defense systems such as the Surface-Launched Advanced Medium-Range Air-to-Air Missile and the Expeditionary Fighting Vehicle, an armored boat designed to move Marines ashore rapidly.

The new series of spending cuts will reduce the Pentagon’s budget by $78 billion over the next five years, Defense Secretary Robert M. Gates said in announcing the reductions at the Pentagon. He also proposed raising the health insurance premiums of military retirees who still receive military health insurance. The premiums have not been raised since 1995.

“This plan represents, in my view, the minimum level of defense spending that is necessary, given the complex and unpredictable array of security challenges the United States faces around the globe â€” global terrorist networks, rising military powers, nuclear-armed rogue states and much, much more,” Mr. Gates said.

To read more, visit: Gates proposes $78B in cuts over 5 years