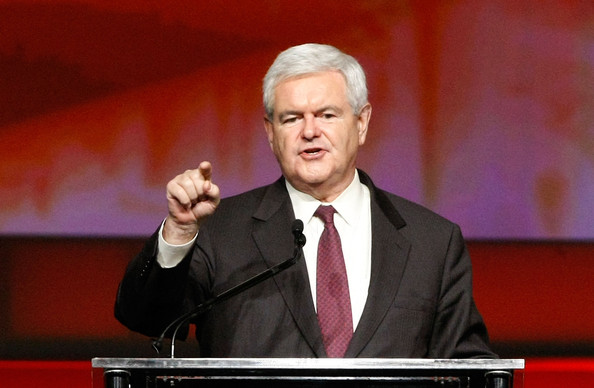 Republican presidential contender Newt Gingrich on Saturday said the adoption of same-sex marriage in New York showed the nation is “drifting toward a terrible muddle.”

Saying he thinks marriage is between a man and a woman, he told reporters that he “would like to find ways to defend that view as legitimately and effectively as possible.”

He said he thinks the nation should be defending the federal Defense of Marriage Act, which defines marriage ass being between a man and a woman.

In February, the Obama administration decided it would no longer defend the 15-year-old law.

“I think the president should be, frankly, enforcing that act, and I think we are drifting toward a terrible muddle which I think is going to be very, very difficult and painful to work our way out of,” he said.

With a vote by its legislature on Friday, New York became the sixth and most populous state to legalize same-sex marriage. The legalization is seen as a huge boost for gay rights.

Speaking at a Tea Party bus tour event in Indianola, Gingrich said mass resignations among his campaign staff stemmed from his “fundamental disagreement” with consultants.

“Our campaign is going to survive and I’m going to be in it all the way and I believe I can win it… because people want substance more than baloney,” he said.