GOP braces for rules fight that could decide 2016 nomination 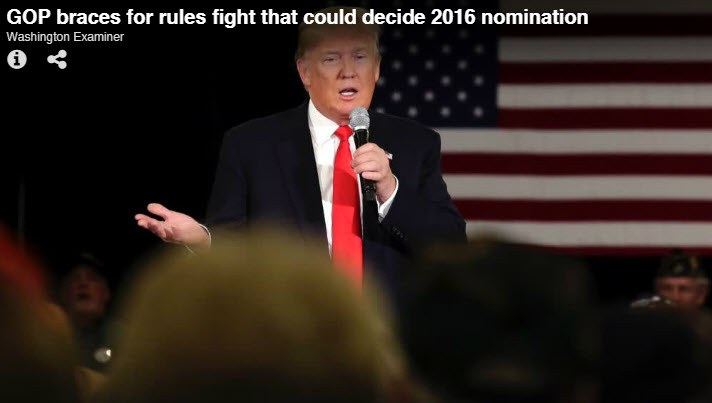 One key committee at the 2016 Republican National Convention will determine whether Donald Trump and Ted Cruz supporters or the GOP leadership has the advantage in choosing the next nominee.

The rules committee’s makeup and decisions have shaped the presidential race before, but play an even bigger role at a contested convention in Cleveland, GOP observers said.

Republican National Committee member Morton Blackwell, who has attended rules meetings at every convention since 1972, said he believes the outcome of the last contested convention in 1976 hung in the balance of the rules committee.

According to Blackwell, Ronald Reagan’s delegates in the rules committee sought to force President Gerald Ford to name a vice presidential pick before the men delivered nomination speeches.