GOP group to spend $10M in Georgia to ‘save’ Senate majority 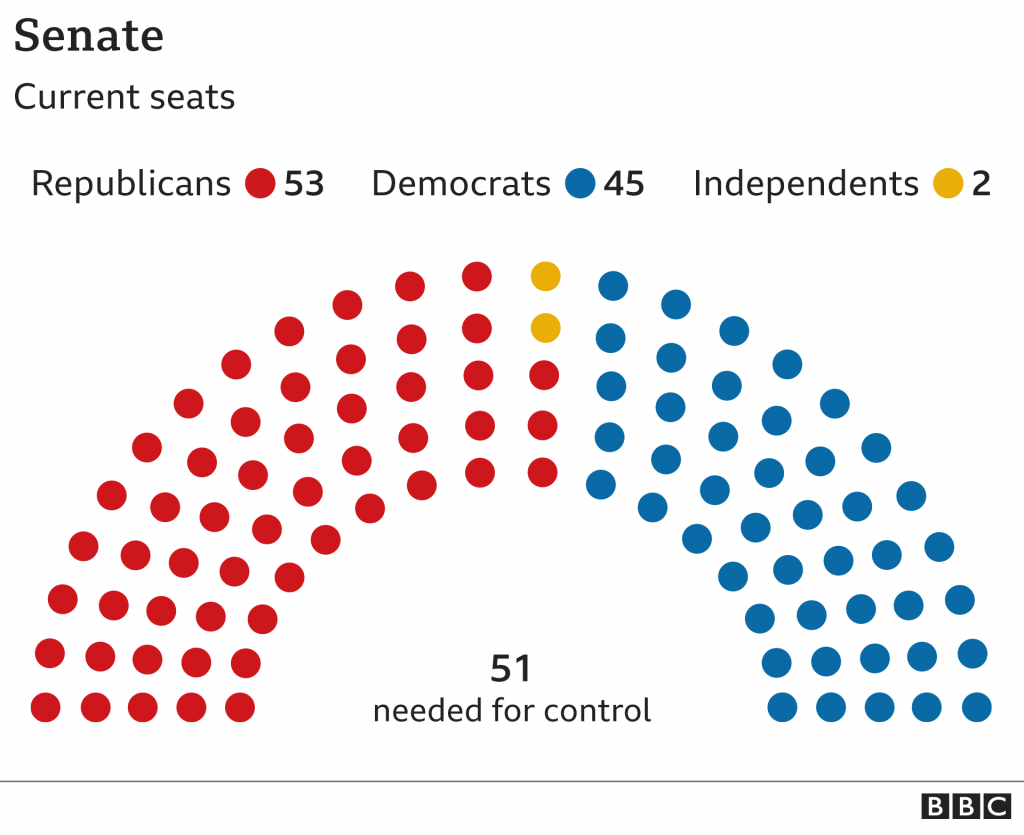 The Club for Growth is investing $10 million in Georgia to preserve the Republican Party’s Senate majority, with plans to boost GOP candidates in two Jan. 5 runoff elections that will determine the balance of power on Capitol Hill for the next two years.

Besides spending $10 million or more on a robust advertising campaign, the Club for Growth is collaborating with five conservative groups and about one dozen Republican senators and senators-elect to push Sen. David Purdue past Democratic challenger Jon Ossoff and help Sen. Kelly Loeffler hold off Democratic challenger Raphael Warnock. With presumptive President-elect Joe Biden poised to take the White House on Jan. 20, Senate Republicans can afford to lose just one of the two Georgia seats and still retain their majority.

“The Georgia run-off elections are about more than two Senate seats, the races are about control of the Senate and preventing an increasingly radical Democratic Party from undoing every American institution and instituting socialism,” Club for Growth Action President David McIntosh said in a statement provided to the Washington Examiner late Tuesday.

“We are bringing together organizations and leaders to support and engage conservatives in Georgia,” McIntosh added.

Participating in what the Club for Growth is dubbing the “Save America Coalition” are conservative groups For America, FreedomWorks, Heritage Action for America, the Susan B. Anthony List, and Tea Party Patriots.

The Republican lawmakers involved include Sens. Marsha Blackburn of Tennessee; Ted Cruz of Texas; Steve Daines of Montana; Josh Hawley of Missouri; Ron Johnson of Wisconsin; Mike Lee of Utah; Marco Rubio of Florida; and Pat Toomey of Pennsylvania and GOP Sens.-elect Cynthia Lummis of Wyoming and Tommy Tuberville of Alabama. Ex-South Carolina Sen. Jim DeMint also plans to join former colleagues as they stump across Georgia, sometimes via a bus tour being organized by the Club for Growth.

Perdue came in first against Ossoff in last week’s general election, 49.7% to 48%, but was forced into a runoff after falling short of 50% of the vote. Loeffler, appointed to the Senate late last year by Republican Gov. Brian Kemp, had to fend off Republican Rep. Doug Collins and multiple Democratic candidates in a special election held the same day. She finished behind Warnock in that contest, 33% to 26%.

Georgia was a reliably red state for decades. But Biden was leading President Trump with most precincts reporting, and he is expected to win the state’s 16 Electoral College votes, causing Senate Republicans and their supporters to take the threat of defeat in the runoff elections seriously. Georgia has slowly evolved into a swing state as Democrats have gained strength in the Atlanta suburbs and other areas of the state.