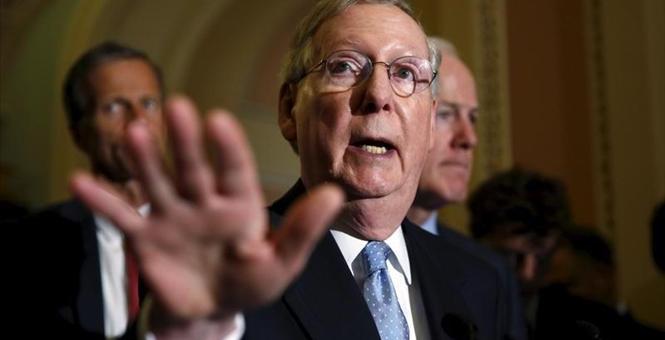 After being initially divided on how to express their opposition to the White House’s nuclear agreement with Iran, Senate Republicans held a vote Thursday in an attempt to end debate on their resolution for disapproval. They needed 60 votes. They didn’t get it.

As expected, Republicans failed to muster the 60 votes necessary to end debate on a motion to disapprove of the Iran deal Thursday.

The goal of blocking the nuclear agreement was far fetched but the GOP was hoping to at least pass a resolution of disapproval which would then be vetoed by President Obama and register a symbolic victory. Instead, opponents of the deal fell two votes short by a margin of 58-42.

Ahead of the vote, four Senate Democrats had rejected the deal and Republicans had hoped to convince two more Democrats to join them.