GOP official: White conservatives would ‘crawl across broken glass’ to vote for a black Republican 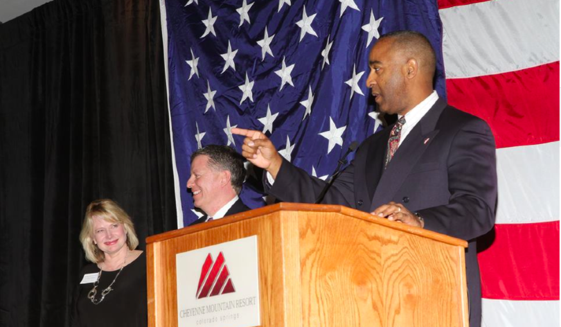 Far from being racist, white Republicans would “crawl across a football field of broken glass” to vote for a black Republican, according to a leading black conservative.

Derrick Wilburn, vice chair of the Colorado Republican Party, told a packed workshop crowd at the Western Conservative Summit that the Republicans-are-racists narrative is “nothing but a lie.”

“The truth is every conservative I know, every Republican I know, everyone I know that falls under the tent that I live under would get on their hands and knees crawl across football field of broken glass and nails in order to cast a vote for Allen West, or Condoleezza Rice, or Ben Carson,” said Mr. Wilburn to enthusiastic applause.

“They’d do it in a heartbeat. Hey, the cuts will heal. We’ve got a country to save,” he said. “But they wouldn’t accept a chauffeured Rolls Royce champagne-and-caviar limousine ride across the street to vote for a white liberal.”