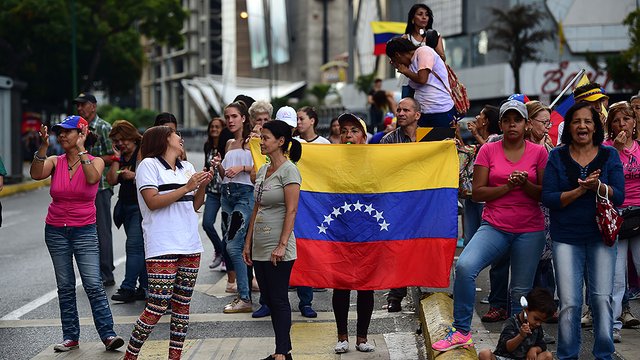 Republicans think they have a secret weapon in Florida: Venezuela.

The ongoing political and economic crisis in Caracas has emerged as a sort of warning for what Republicans say are the socialist policies — universal health care, high taxes on the wealthy and a Green New Deal — embraced by a growing number of Democrats vying for their party’s 2020 presidential nomination.

In few places does that message resonate more than in South Florida, a region that has been shaped for decades by Cuban exiles who fled Communist rule — and is now home to the largest Venezuelan population in the United States.

And in a state where elections are often decided by ultra-narrow margins, an effective effort by President Trump and Republicans to galvanize enough Hispanic voters against the progressive proposals of some Democrats could have deep electoral implications for the party’s eventual presidential nominee.