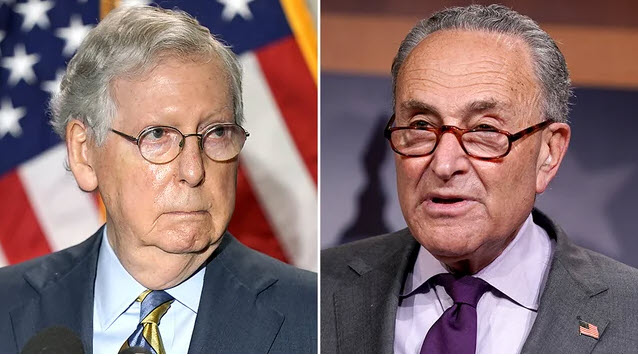 Congress and the White House are gearing up for battle over the fifth round of coronavirus aid.

The administration and Senate Majority Leader Mitch McConnell (R-Ky.) will start briefing Republicans on the forthcoming GOP proposal on Tuesday, as Congress faces intense pressure to act: States across the country are seeing cases spike, unemployment rates are in the double digits and some hospitals are running low on bed space and protective equipment.

But the political stakes are also high, with both sides jockeying for leverage ahead of the start of formal negotiations on the bill, which is expected to be one of the last that clears Congress before the November election.

Those tensions played out on the Senate floor, as both Majority Leader Mitch McConnell (R-Ky.) and Minority Leader Charles Schumer