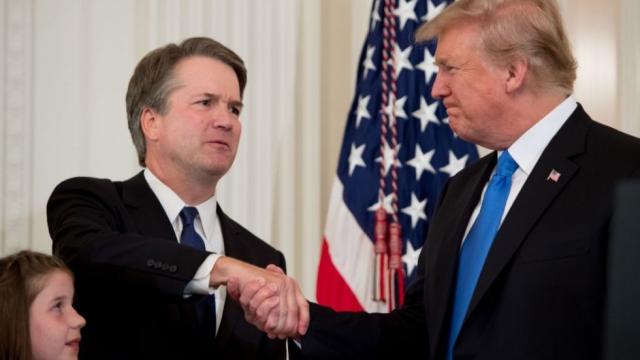 Gun control advocates are hyperventilating over President Trump’s nomination of Judge Brett Kavanaugh to the Supreme Court. Michael Bloomberg’s anti-gun rights group, Everytown for Gun Safety, warned: “Judge Kavanaugh has applied an extreme and dangerous interpretation of the Second Amendment when determining whether a law is constitutional, one that does not take into account a law’s impact on public safety.”

Since the Supreme Court’s last gun control case in 2010, the court has turned away at least 15 gun-rights cases, including several challenges to prohibitions on semi-automatic assault rifles and on public carry of firearms. Gun control advocates hoped that the Supreme Court would overturn unfavorable lower court decisions. Some believe that Justice Anthony Kennedy stopped the court from taking these cases, but it could just as easily have been Chief Justice John Roberts, who places considerable weight on building consensus and is willing to put off dealing with contentious issues. Rarely is any information released on who voted to hear these appeals.

Gun control advocates are most upset by a 2011 dissent in which Kavanaugh voted to strike down Washington, D.C.’s ban on most semi-automatic rifles. Two other judges voted to uphold the ban, so Kavanaugh lost the vote.