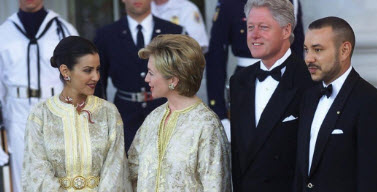 “I’m thrilled to talk about the Clinton Foundation, because it is a world-renowned charity and I am so proud of the work that it does,” Clinton said in a response to a question from moderator Chris Wallace about possible conflicts of interest and impropriety.

These countries include states accused of human rights violations, economic interests in decisions by Clinton’s Department of State, and countries Clinton has pledged to confront if elected president.