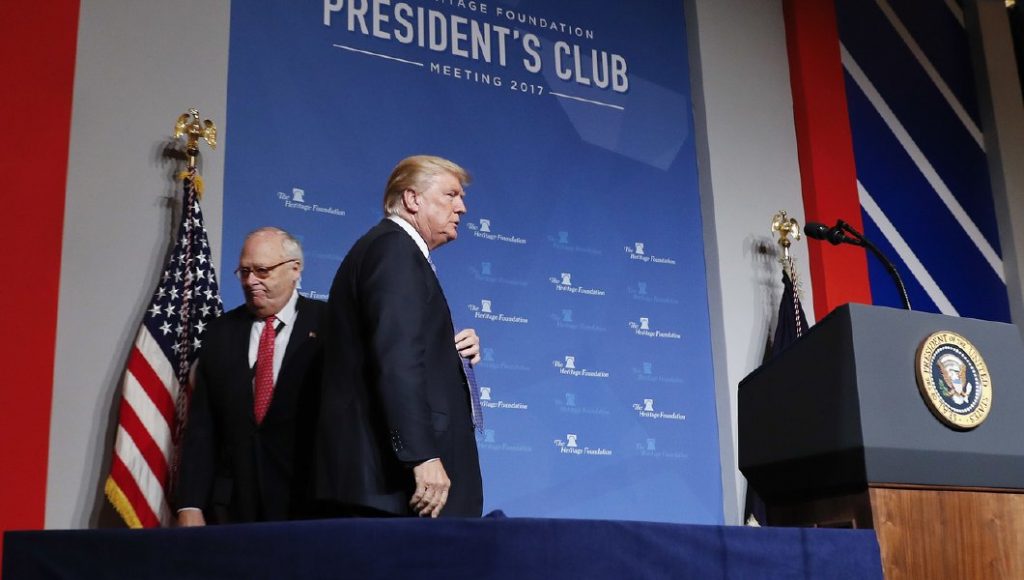 With unprecedented speed, the Trump administration has already implemented nearly two-thirds of the 334 agenda items called for by the Heritage Foundation, a pace faster than former President Reagan who embraced the conservative think tank’s legendary “Mandate for Leadership” blueprint.

Thomas Binion, director of congressional and executive branch relations at Heritage, said that Trump has implemented 64 percent of the “unique policy recommendations” from the group.

At this stage of his presidency, Reagan had completed 49 percent of the Heritage policy recommendations.

“We’re blown away,” Binion said in an interview. Trump, he said, “is very active, very conservative, and very effective.”

What’s more, he said, Trump hasn’t just focused on one agenda area, but he and his team has pushed through administrative moves on foreign policy, deregulation, immigration, tax reform and health care, moves often ignored by the media.