Hillary Clinton forgets Benghazi, claims ‘we did not lose a single American’ in Libya 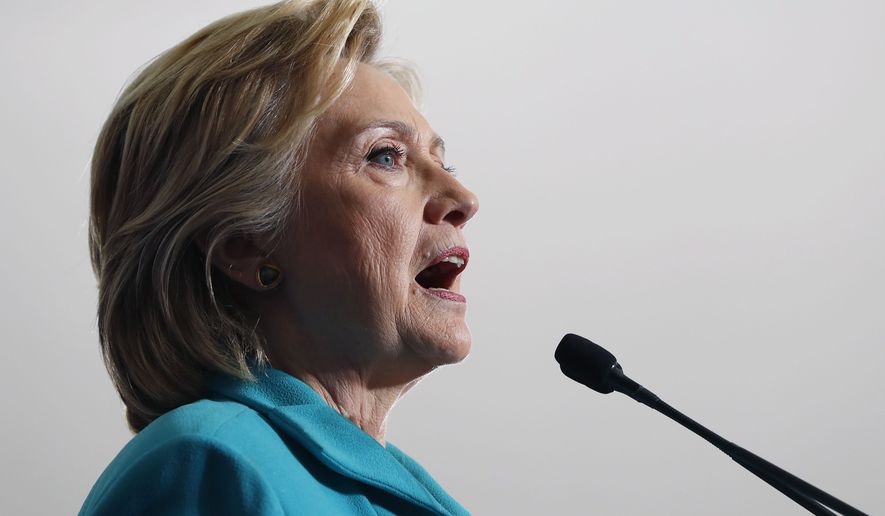 Glossing over the 2012 terrorist attack in Benghazi that claimed the lives of four U.S. diplomats, Hillary Clinton on Wednesday night claimed that “we did not lose a single American” due to military intervention in Libya.

Speaking at a veterans’ forum hosted by NBC News, the former secretary of state said she stands by the 2011 decision to take action in Libya and that America suffered no casualties.

“When [former Libyan leader Moammar] Gadhafi was threatening to massacre his population, I put together a coalition that included NATO, included the Arab League, and we were able to save lives. We did not lose a single American in that action,” she said. “And I think taking action was the right decision. Not taking it and permitting there to be an ongoing civil war in Libya would’ve been as dangerous and threatening as what we are now seeing in Syria.”

No Americans were lost in the military intervention itself, but the aftermath was a far different story. Four Americans were killed when the U.S. consulate in Benghazi was attacked by terrorists on Sept. 11, 2012, and Mrs. Clinton has come under intense fire for not taking greater security precautions for her diplomats.