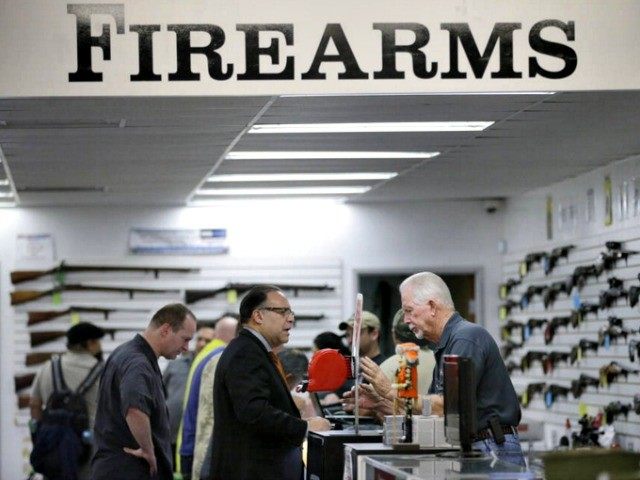 Hillary Clinton twice refused to affirm that the right to keep and bear arms is constitutional, during an interview on the June 5 airing of This Week with George Stephanopoulos.

Stephanopoulos segued into questions about gun control by referencing claims that Clinton wants to “abolish the Second Amendment.” He then asked, “Do you believe an individual’s right to bear arms is a constitutional right? That it’s not linked to the service in the militia?”

In responding Clinton not only avoided affirming that the right to bear arms is constitutionally protected, but argued that Americans have historically understood it to be open to regulation.

Here is her response:

I think that for most of our history there was a nuanced reading of the Second Amendment, until the decision by the late Justice [Antonin] Scalia. And there was no argument until then that localities, and states, and the federal government had a right–as we do with every amendment–to impose reasonable regulations.