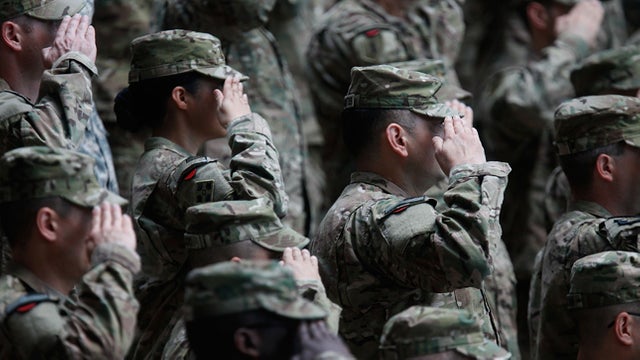 The House voted Tuesday night to block the Pentagon from using funding to implement its ban on most transgender troops.

The 243-183 vote came as an amendment to a $1 trillion spending package that includes the fiscal year 2020 defense spending bill.

“The president and his administration wrongfully argue that it’s about military readiness and unit cohesion, but these arguments were the same ones that were used to keep the military racially segregated,” Rep. Anthony Brown (D-Md.) said on the House floor. “Transgender service members increase lethality, readiness. They have served honorably and received prestigious commendations.”