House to push back at Trump on border 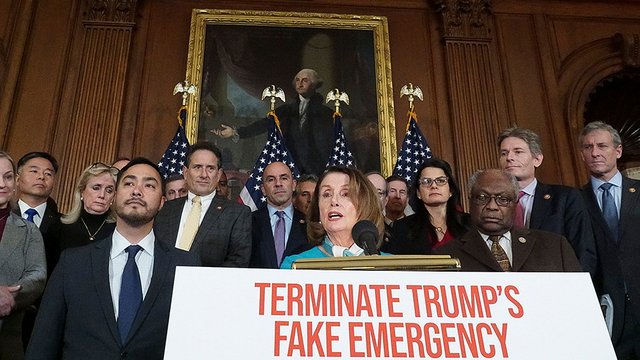 House Democrats on Tuesday are poised to pass legislation blocking President Trump’s emergency declaration on the southern border, sending a clear rebuke to the president and his go-it-alone approach to border security.

The resolution, sponsored by Rep. Joaquin Castro (D-Texas), is unlikely to survive Trump’s promised veto, even if Senate Democrats can find enough GOP support in the upper chamber to move it to the president’s desk in the coming weeks.

But by bringing the measure quickly to the floor, Democratic leaders are sowing divisions between Republican lawmakers and their party’s standard-bearer.

They are also sending an unmistakable signal to the White House that, after two years dealing with a friendly, Republican-controlled Congress, Trump and his favored policy agenda will face fierce headwinds heading into the 2020 election under a newly divided government.