WASHINGTON â€“Â House RepublicansÂ voted to keep tax rates at their current level through next year, using one of their last votes before recessing for most of August to approve politically symbolic legislation thatÂ President ObamaÂ has vowed to veto.

The vote Wednesday was intended to showcase the contrast between the GOP view on taxes and the one pushed by Obama and congressionalÂ Democrats. TheÂ Senate, with its Democratic majority, already has approved a measure that would allow income tax rates to rise on annual earnings above $200,000 for individuals and $250,000 for couples â€“ a move that would affect the top 2% of earners.

With no compromise in sight, the divide between the parties on taxes is expected to fuel the fall campaigns. The current tax rates, first approved under the George W. Bush administration, expire at the end of the year. Taxes will rise automatically if Congress fails to find agreement by Dec. 31.

â€œWe stand for no tax increases,â€ said freshman Rep.Â Tom ReedÂ (R-N.Y.). The Republican plan would, however, raise taxes for millions of low-income households by ending tax breaks for families with children that were passed in 2009 as part of the economic stimulus legislation.

Democrats, emboldened by polls showing most Americans favor their side of the argument, argued that Republicans should not hold tax breaks for most Americans hostage for a â€œbonusâ€ break for upper-income earners.

â€œWe all admire financial success, but when we give away trillions in tax cuts we cannot afford to those who need them the least, itâ€™s the middle class who has to make up the difference,â€ said Rep.Â Xavier BecerraÂ of Los Angeles, a top Democrat in the House.

The House voted 256 to 171, with 19 Democrats from mostly conservative districts or tough election battles crossing party lines to join Republicans. One Republican voted no. 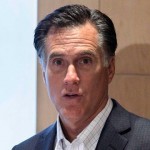 Romney now seeking to introduce himself to voters

Obama and Romney take tax cut debate on the road