Hundreds flock to US Capitol to protest money in politics, hundreds arrested 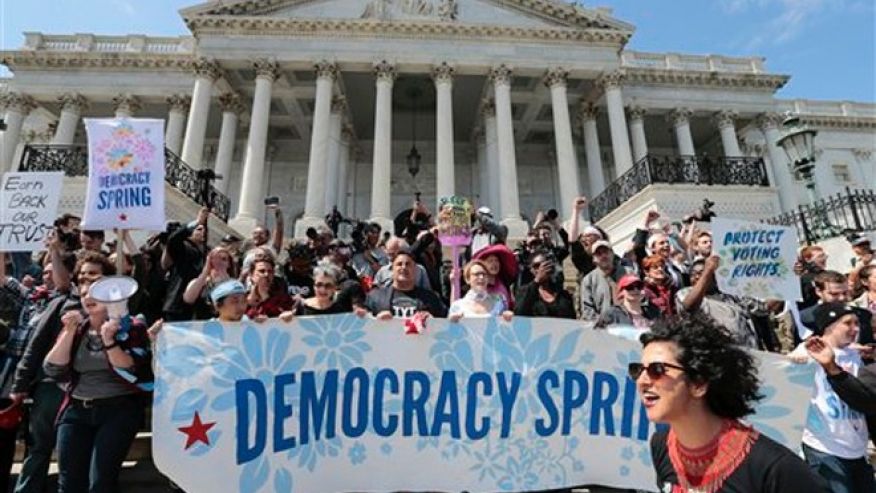 Hundreds of protesters flocked to the U.S. Capitol Monday for a demonstration against the role of money in politics, prompting arrests of more than 400 by the Capitol police force.

The demonstration was part of a series of “Democracy Spring” protests planned in Washington this week by a coalition of groups.

The demonstrators chanted slogans like “one person, one vote” and “money out of politics” as they sat on the East Front of the Capitol. One sign read “Things go better without Koch,” a reference to the billionaire businessmen David and Charles Koch, who have promised to lead an almost $900 million campaign to back favored candidates this election cycle.

The demonstrators also protested state voter ID laws, saying they suppress voter participation. Another chant protested Democratic “superdelegates” — party figures, such as members of Congress, who are given votes at the Democratic National Convention but are not elected by primary elections or at party caucuses.