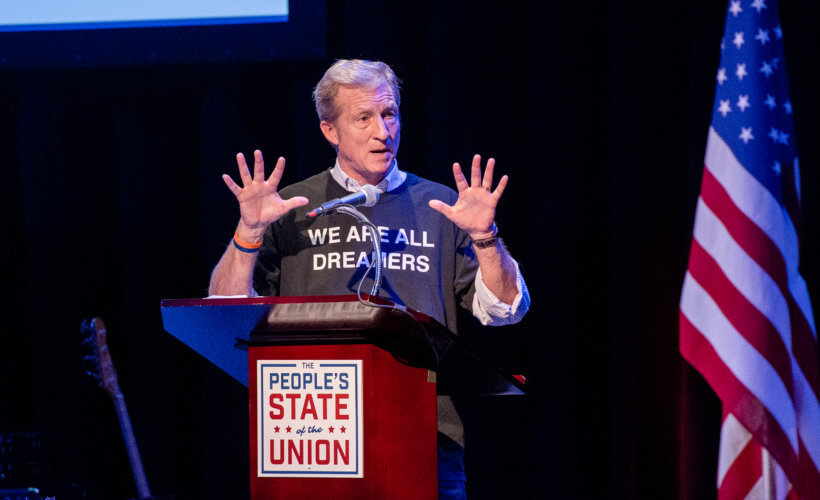 Liberal billionaire and environmental activist Tom Steyer announced, on Thursday, that he has hired 50 full-time staffers as part of his Need to Impeach campaign, which is starting to look more like a launching pad for Steyer’s 2020 presidential ambitions.

Steyer launched “Need to Impeach,” in 2017, as part of his effort to impeach President Donald Trump, and has previously announced that he would spend $40 million on the campaign.

“Need to Impeach Founder Tom Steyer today announced that he has hired an experienced political team including political and communications strategists to lead the campaign that now has nearly 4.6 million supporters calling on Congress to impeach Donald Trump,” the Need to Impeach press release stated.

“The team, including 50 staff members, is adding thousands of new supporters to the impeachment movement each day, creating a digital army of activists who are mobilizing to take back the House of Representatives in the 2018 election and remove Trump from power.”