In Cincinnati speech, Trump says Gingrich ‘will be involved in our government’ 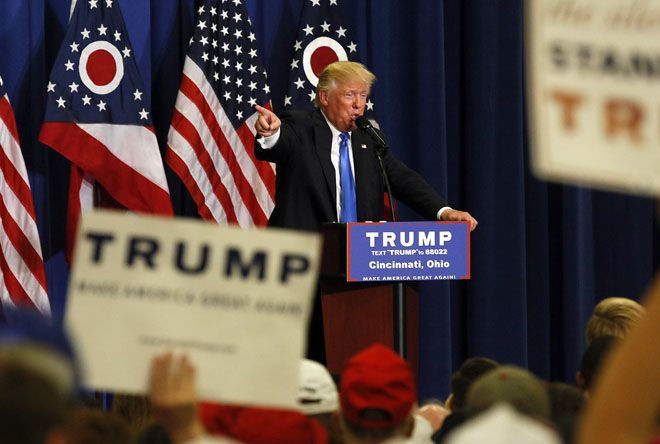 Ever the showman, Donald Trump teased and tantalized Wednesday but didn’t give up the goods on whether Newt Gingrich would become his running mate.

“I’ll tell you one thing, folks: I am not saying it’s Newt, but if it is Newt, nobody’s going to beat him in those debates, that’s for sure,” Trump told around 5,000 at the Sharonville Convention Center who chanted “Newt, Newt, Newt…”

Earlier, the presumptive GOP presidential nominee said, “In one form or another, Newt Gingrich will be involved in our government.”

The suburban Cincinnati event — in the heart of Republican territory that any GOP candidate must win big — was the first formal appearance of the former U.S. House speaker from Georgia with Trump.