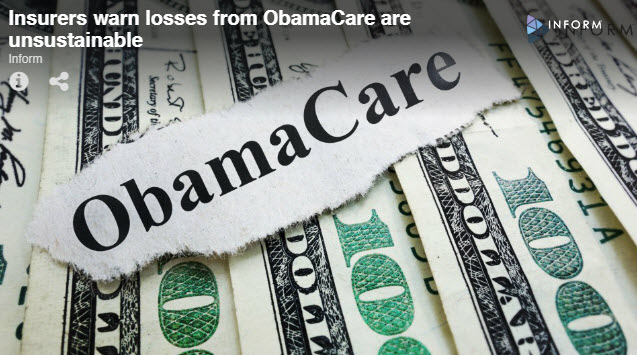 Health insurance companies are amplifying their warnings about the financial sustainability of the ObamaCare marketplaces as they seek approval for premium increases next year.

Insurers say they are losing money on their ObamaCare plans at a rapid rate, and some have begun to talk about dropping out of the marketplaces altogether.

“Something has to give,” said Larry Levitt, an expert on the health law at the Kaiser Family Foundation. “Either insurers will drop out or insurers will raise premiums.”

While analysts expect the market to stabilize once premiums rise and more young, healthy people sign up, some observers have not ruled out the possibility of a collapse of the market, known in insurance parlance as a “death spiral.”

In the short term, there is a growing likelihood that insurers will push for substantial premium increases, creating a political problem for Democrats in an election year.