by SASHA GOLDSTEIN & JASON SILVERSTEIN
May 7, 2015 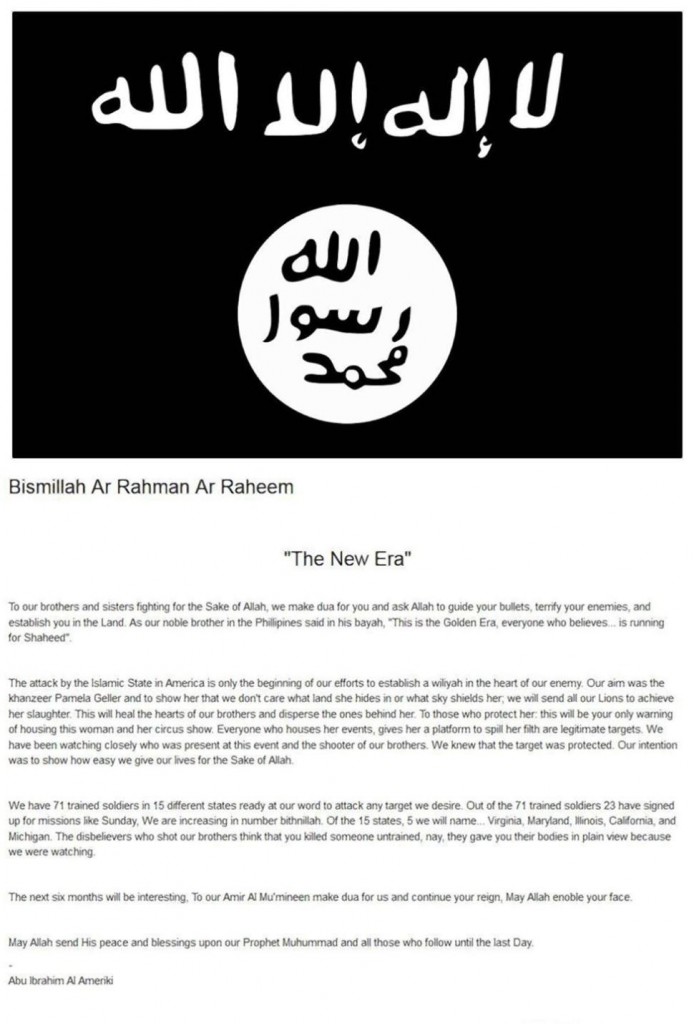 ISIS appears to declare war on controversial blogger Pamela Geller on Tuesday in an ominous online message claiming it has fighters across America ready to attack “any target we desire.”

The threat, posted on anonymous message board JustPasteIt, singles out Geller, who helped plan a Prophet Muhammad cartoon contest that was attacked by two gunmen in Garland, Texas, over the weekend. ISIS claimed responsibility for the shooting early Tuesday, marking the first time the terror group called an American attack one of its own, though lawmakers believe the two men were influenced by the group, not guided directly by it.

“This is the textbook case of what we’re most concerned about,” Rep. Michael McCaul, the chairman of the House Homeland Security Committee, told the Associated Press.