‘It’s going to be a rigged election’: Trump warns China and Russia will be ‘grabbing plenty’ of mail-in ballots 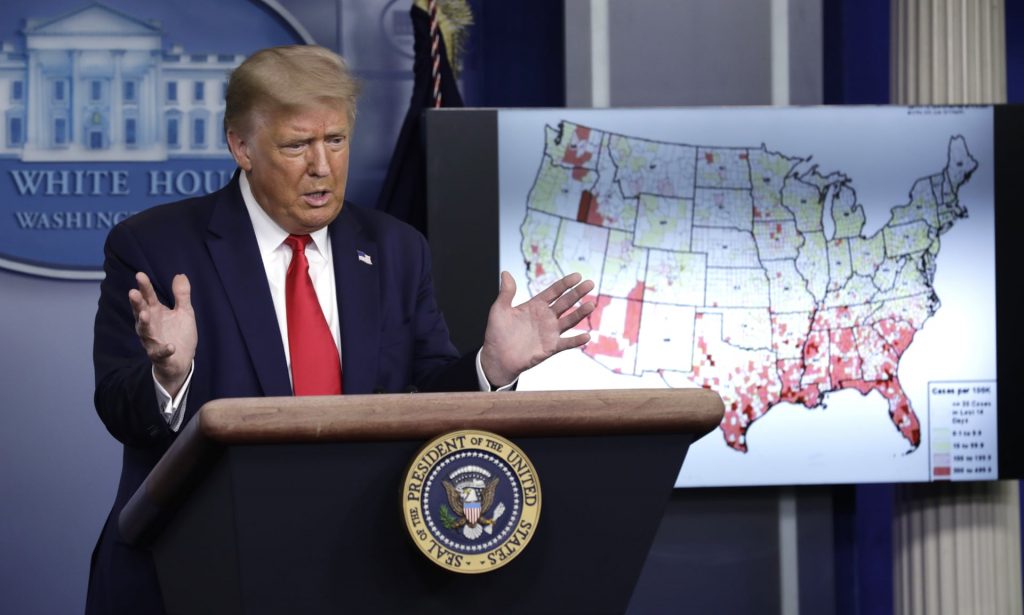 President Trump once again made his opposition to mass mail-in voting clear, saying involuntary absentee ballots will lead to a “rigged election.”

Several states have been considering sending out mail-in ballots for the 2020 election to prevent large gatherings amid the coronavirus pandemic.

Trump, who has previously incorrectly stated mail-in voting will lead to fraud, also said it will make it easier for foreign interference after U.S. intelligence assessed China, Russia, and Iran are targeting the upcoming election.

“This whole thing with this mail-in ballot, that’s a rigged election waiting to happen,” Trump said Tuesday on Fox News’s Hannity. “It’s rigged, and everyone knows it. Because you can’t send out 16 million mail-in ballots to everybody, who knows who’s getting them. The mailmen are going to get them, and people are going to just grab batches of them, and you talk about China and Russia, they’ll be grabbing plenty of them. It’s a disaster.”

Trump has consistently criticized implementing mail-in ballots for the election. In recent weeks, Trump’s campaign and the Republican National Committee have sought to challenge voting rules in court filing lawsuits in several battleground states, including Minnesota, Pennsylvania, and Nevada.