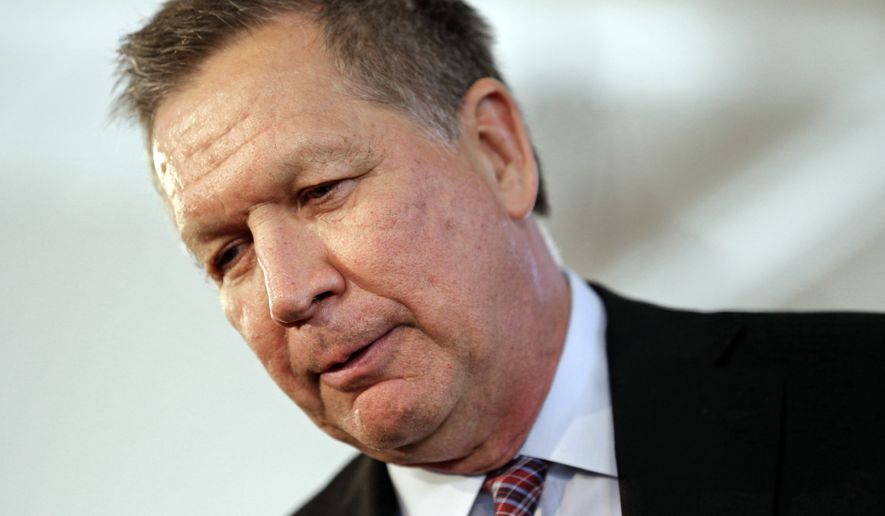 Ohio Gov. John Kasich on Friday knocked 2016 GOP rival Ted Cruz for saying last year on the Senate floor that Majority Leader Mitch McConnell lied to Mr. Cruz and other senators — a charge the Texas Republican has not backed down from in recent days.

A questioner at a town hall had asked Mr. Kasich how he would get both sides to work together, and Mr. Kasich offered criticism of both President Obama and Mr. Cruz.

“The president of the United States does not know how to work with Congress. He just doesn’t [know] how to do it,” Mr. Kasich said at the event in Watertown, New York, ahead of Tuesday’s GOP presidential primary in the state.

“We got a guy in our party running for president [who] called the majority leader a liar,” Mr. Kasich said, referring to Mr. Cruz. “I mean, how do you think you’re going to work with people if you’re calling ‘em a liar?”