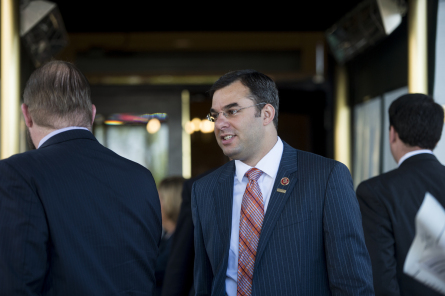 Michigan Repubican Rep. Justin Amash announced Monday evening he was leaving the influential conservative House Freedom Caucus, just weeks after he attracted the ire of his colleagues by arguing in Twitter posts that President Trump had committed impeachable offenses, Fox News has learned.

Amash, speaking at a Freedom Caucus board meeting, insisted his departure was voluntary. Amash said he did not want to continue to be a “further distraction” for the caucus, which is chaired by North Carolina GOP Rep. Mark Meadows.

Jordan said the Republican members of the group still consider Amash a friend, but that their disagreements were “sharp” and significant.