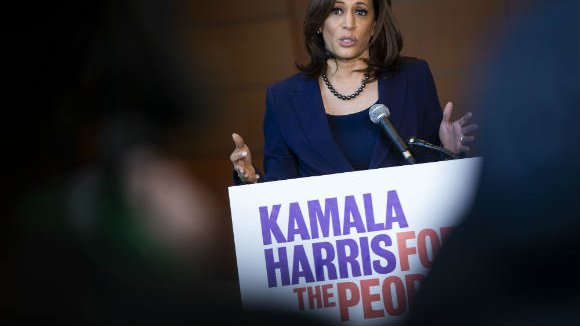 Despite having endorsed the Green New Deal, some activists say Democratic 2020 candidate Kamala Harris risks blunting her rise in the polls after a strong performance in the first Democratic debate if she doesn’t soon propose her own policies to combat climate change.

The California senator is surging but has failed to introduce a comprehensive plan to combat climate change like some of her competitors have, including former Vice President Joe Biden.

Climate change has matched or overtaken healthcare and jobs in some polls as a top issue for Democratic voters, sparking a competition among candidates to quickly release plans.

“Given her new prominence in the recent polling, it’s time Sen. Harris put forward a clear and ambitious climate plan, or she may risk losing her credibility with party activists, younger voters and other key cohorts she’ll need,” said Paul Bledsoe, a former Clinton White House climate adviser, now with the Progressive Policy Institute. “So far, she has avoided taking a clear position on almost every controversial climate policy issue.”