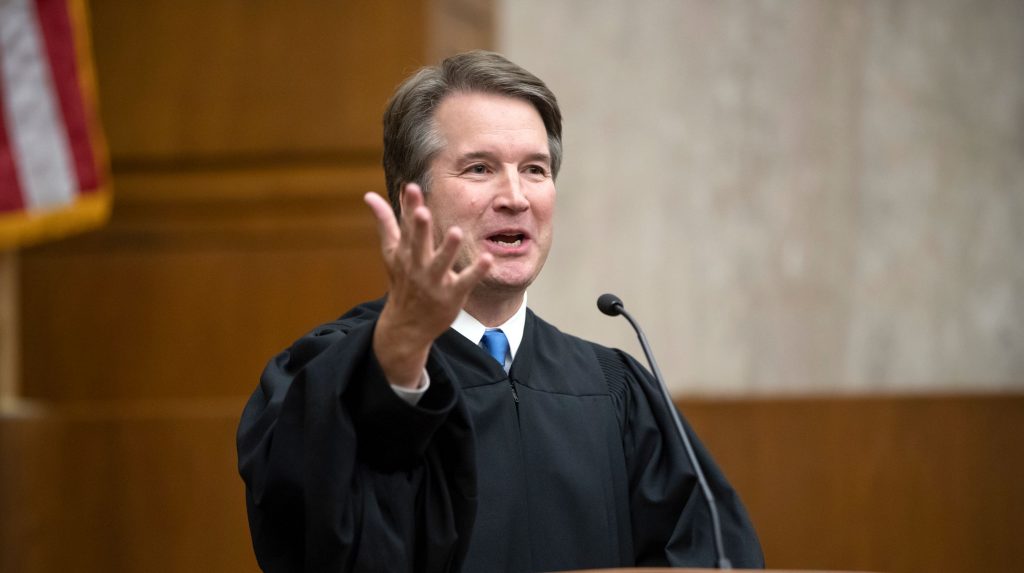 Brett Kavanaugh was given a hero’s welcome at a large conservative gathering Thursday night in his first public speech since his confirmation to the Supreme Court last year was nearly derailed by sexual assault allegations.

The justice delivered the keynote speech at the Federalist Society’s annual Antonin Scalia Memorial Dinner. He was greeted by a friendly audience of about 2,300 society members and other conservatives, who gave him multiple, lengthy standing ovations.

Kavanaugh showed none of the combativeness that marked his last appearance in the public eye when he emphatically denied multiple sexual assault allegations and attacked Democratic senators questioning his fitness for the nation’s highest bench.

Instead, he focused his remarks on expressing gratitude for his new colleagues at the court and his supporters who stood by him last year as his chances at confirmation almost slipped away.

“My friends paid a heavy price — way too heavy a price. I’m well aware of that and it pains me daily,” Kavanaugh said. “I signed up for what I knew would be an ugly process — maybe not that ugly — but my friends did not. And yet in the midst of it all they stood up and stood by me.”