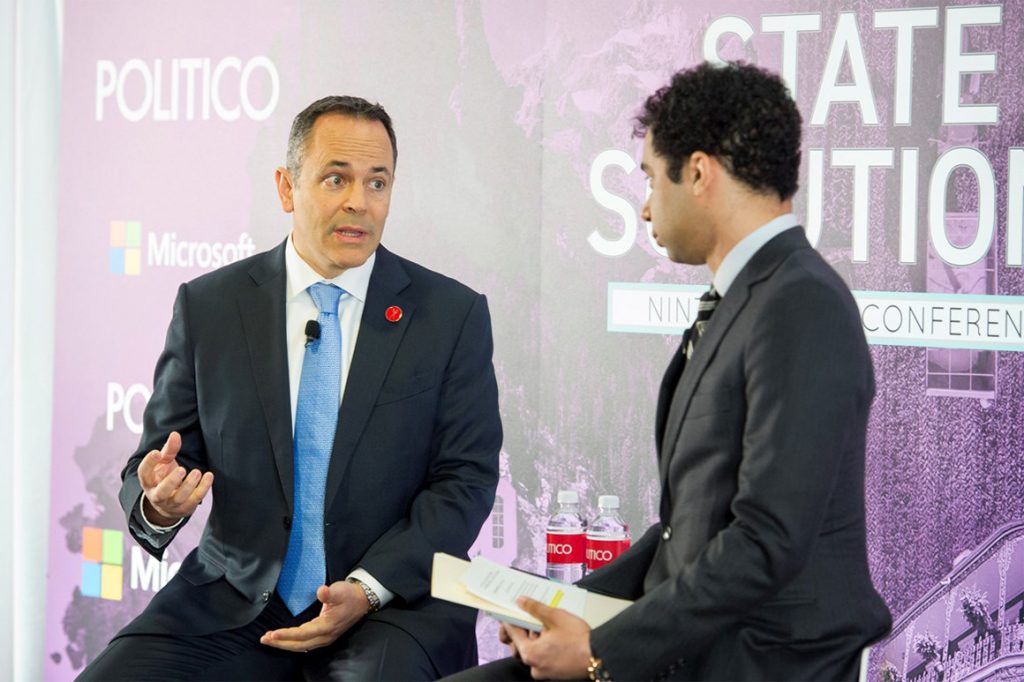 Gov. Matt Bevin, a Kentucky Republican facing reelection this fall, said Friday he would be “delighted” to have President Donald Trump and Vice President Mike Pence stump for him during next year’s campaign.

Elected in 2015, Bevin is the least popular governor in the nation facing reelection next year, according to a Morning Consult poll released last month that showed him with a 51 percent disapproval rating. His election marked a break from the norm for Kentucky, which has a history of resisting Republican candidates at the state level but electing them to federal office.

Bevin, in an interview at POLITICO’s State Solutions Conference on Friday, dismissed polling that shows him as unpopular.

“I have never led in any poll or been popular in any survey that has ever been done,” Bevin said. “And here I am.”