Limbaugh: Clinton’s only achievement is ‘being female’

Conservative commentator Rush Limbaugh on Thursday said Hillary Clinton only has a shot at the presidency because she’s a woman.

“You boil it down here and the only and greatest achievement Hillary Clinton has is her gender, being female,” he said on his radio show.

Limbaugh referred to a video posted Wednesday by conservative media outlet PJ Media in which young people were questioned about their impressions of Clinton. They expressed their excitement over the prospects of a first female president, but PJ Media said they struggled to identify any of her accomplishments as secretary of State.

One of the reasons Clinton is back in the political world is because of gender, Limbaugh said, adding that Democrats would vote for a Hispanic president if Clinton doesn’t run in 2016. 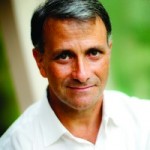 The point is, Hillary Clinton’s gender is the reason she’s GOING to be elected if she runs. The democrats just need an excuse to justify the rigged election. If Hillary doesn’t run due to scandals about her term at the State Department, or because her liking for females turns off some people, Warren will run, and she’ll win for the same reason. Obama was elected twice because “HE’S THE FIRST BLACK PRESIDENT”. In some cities in PA, votes cast for obama were moe than double the amount of voters. One city had 143% black voter turnout, which is impossible unless the elections are rigged. Either Clinton or Warren will win because “THEYRE THE FIRST WOMAN PRESIDENT”. With liberal states passing unconstitutional laws saying their electorial college votes go to the winner of the popular vote, all the demoncrats need to do is get enough illegal immigrants to vote, get enough people to vote more than once, and of course, use rigged voting machines, just as they did in the last two elections. We will not see another Republican president unless the people who are controlling our elections allow a RINO in after this next president, to take the blame for the total collapse of this once-great country.

You can’t mean Elizabeth Warren do you—the Indian–well maybe 1/64th–but maybe not! Jeeeeeeze–either would be a disaster–Killary kill list should be front and center—conservatives NEED a Constitutional conservative and that might be Ted Cruz as he could pull in the Hispanic vote as most Hispanics are conservative–but of course–not all–the criminal ones aren’t–they want dirty amnesty–or amnesty any they can get it and Obozo is trying to help as much as he can–especially with letting go of 32,000 felons back into our society rather then deporting them!! If their home country doesn’t want them too frapping bad—fly over–push them out–parachute optional!!

What a shame that Ted Cruz was born in Alberta, Canada. I’m sure he has a birth certificate to prove it, too.

And we have Rand Paul – an opthamologist.

I guess there’s Jeb – but since everyone was sick of a Clinton “dynasty” (after just one Clinton presidency?!), I guess a THIRD Bush in the WH would be a NoNo.

So who you got left? Oh, Mike Huckabee….

Except Cruz had duel citizenship–his mother was there working when he was born and Canada doesn’t grant automatic citizenship upon birth like the U. S. stupidly does–he renounced his Canadian one and since his father was from Cuba he’s get the Hispanic vote.
FORGET Jebbie! He’d open the borders wide and loves Common Core–Huckabee sounds good but he’s a progressive and we already have enough RINOs!! And ALL RINOs MUST GO–if they’d help the newer bunch we’d have a power house party!
And if O get to be potus while admitting he was born in Kenya (UTube it) then Cruz would be a shoo in!
And I bet his college records aren’t sealed either like O’s are–what’s he hiding?!? Being a foreigner–college–what college–maybe he didn’t finish–maybe he wasn’t a lawyer after all–he and wifey both surrendered their law licenses–really–why? They are both youngish so you’d think they would have kept them–oh–that’s right–they were under investigation for something so they gave them up—or that was the story–lots of stories–no facts is Berry’s way!

She may be female. but just barely. She is mostly dumbass socialist/communist.

You, you say she’s a female? Hummmm how about that.