Martha McSally will be appointed to John McCain’s Senate seat 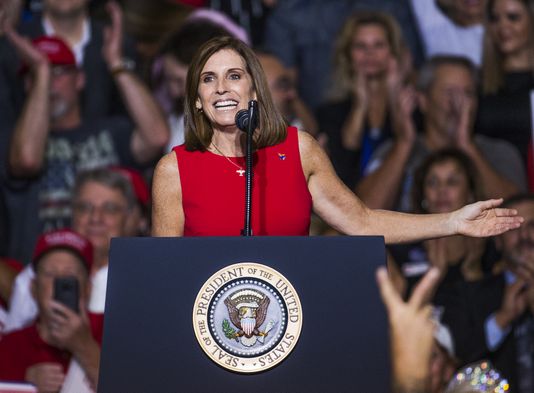 Gov. Doug Ducey’s decision to appoint McSally, announced in a statement Tuesday and effective next month, revives her political life less than two months after she narrowly lost the race for the state’s other Senate seat to Democrat Kyrsten Sinema.

It also makes Arizona one of only a handful of states with two women in the U.S. Senate. Prior to Sinema’s election, Arizona had never selected a woman to fill a Senate seat. In prepared statements, Ducey and McSally echoed the same sentiment: an expectation that McSally and Sinema, her 2018 political rival, would work together in the Senate.

Ducey and McSally are scheduled to speak at a joint news conference in Phoenix on Tuesday morning.