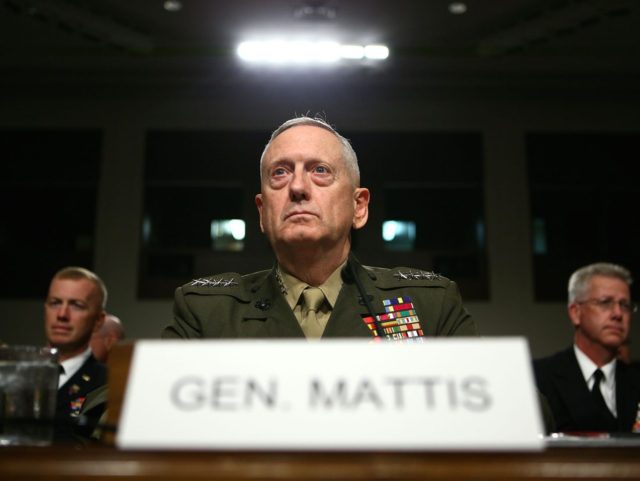 Retired Marine Gen. James Mattis on Thursday cruised through his confirmation hearing despite senators’ attempts to draw him out in areas where he might disagree with President-elect Donald Trump.

The Senate Armed Services Committee afterward easily passed a waiver exempting Mattis from a law that requires Defense secretaries to be retired from military service for at least seven years.

The vote was 24-3, with Democratic Sens. Elizabeth Warren (Mass.), Kirsten Gillibrand (N.Y.), and Richard Blumenthal (Conn.), a Marine veteran, voting in the opposition.

Perhaps in a sign of how smoothly the hearing went, a handful of anti-war Code Pink members, who typically protest at the committee’s hearings, stayed silent throughout, only holding up peace signs with their hands and even clapping at times.

Many of the questions focused on getting Mattis to break with Trump on the record, particularly on Russia.