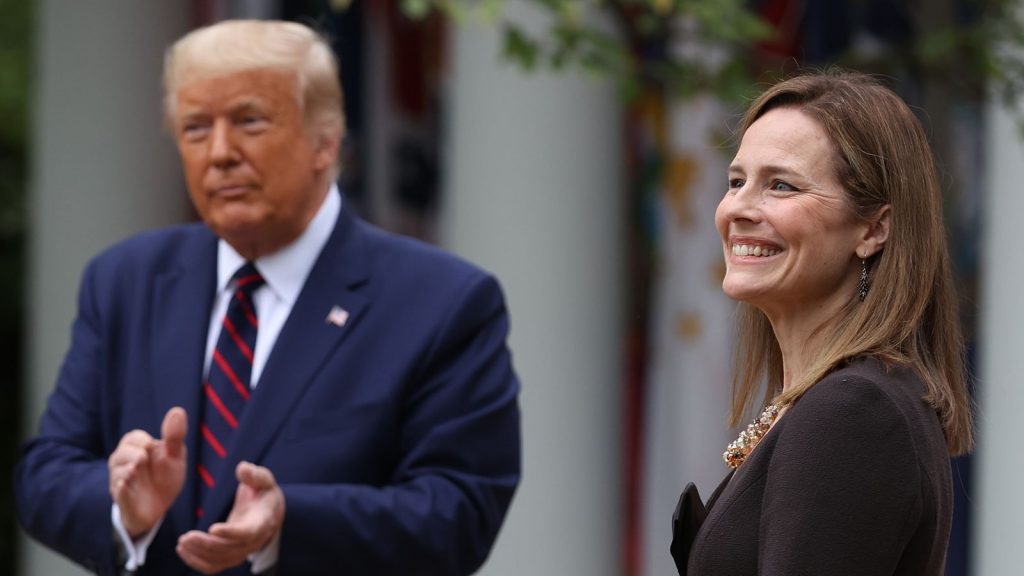 Senate Majority Leader Mitch McConnell will meet Tuesday with Supreme Court nominee Amy Coney Barrett ahead of her plans to make the rounds in the Capitol.

McConnell, a Kentucky Republican, plans to hold a press conference at 10 a.m. before meeting with Barrett, whom President Trump nominated to the high court on Saturday.

McConnell praised Barrett on Saturday as “an exceptionally impressive jurist and an exceedingly well-qualified nominee to the Supreme Court of the United States.”

In addition to McConnell, Barrett will meet with Senate Judiciary Committee Chairman Lindsey Graham, a South Carolina Republican, and Sen. Chuck Grassley, an Iowa Republican and a senior member of the Judiciary panel.

So far, no Democrats have announced plans to meet with Barrett, a federal appeals court judge whom they staunchly oppose.

Senate Minority Leader Chuck Schumer, a New York Democrat, said he won’t meet with Barrett because he views the process as “illegitimate” and believes Barrett would use her position on the high court to overturn Obamacare.

Graham announced he’ll convene Barrett’s confirmation hearing on Oct. 12 and hold a vote on the panel on Oct. 22 to advance her nomination to the floor of the Senate.