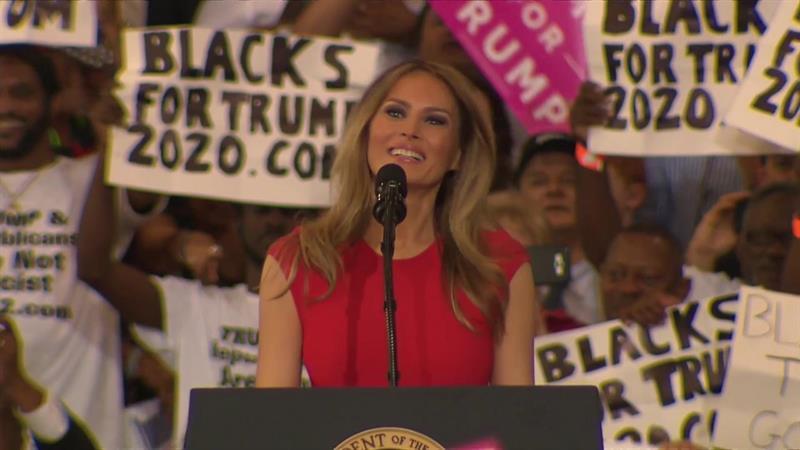 Leftists on social media tore into First Lady Melania Trump, mocking her accent and religion and branding her everything from a hostage to a whore – all for the secular offense of reciting “The Lord’s Prayer.”

Melania Trump began President Trump’s rally Saturday in Florida by delivering the prayer, which Christians – many of whom recite the prayer in church each week – believe was first said by Jesus Christ. The crowd at Orlando-Melbourne Airport received the prayer enthusiastically.

Left-leaning social media users were a different story, however.

“Melania starts the dictatorship rally with the Lord’s Prayer? NOT EVERY AMERICAN IS CHRISTIAN!!!! Country over party,” tweeted @JaimePrimak.