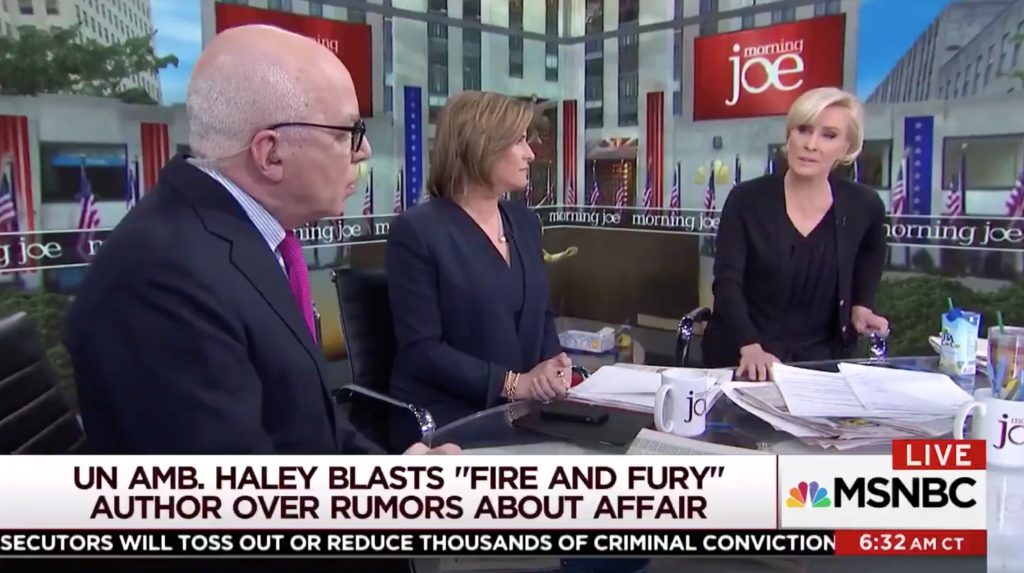 “Fire and Fury” author Michael Wolff fired back in a Thursday morning tweetstorm after MSNBC host Mika Brzezinski abruptly kicked him off set for denying that he smeared U.N. Ambassador Nikki Haley as having an affair with President Trump.

“My bad, the President is right about Mika,” Mr. Wolfftweeted. “To be invited on a show with the purpose of being thrown off…is the new television.”

Mr. Wolff appeared on MSNBC’s “Morning Joe” panel Thursday morning after being widely criticized for his implications that Mrs. Haley slept with the president. A day earlier, Mr. Wolffdenied that he ever accused the ambassador of anything, but said she seemed to have “embraced” the rumor nonetheless. (Mrs. Haley has vehemently denied the rumor, calling it “disgusting” and “highly offensive.”)

The “Morning Joe” panel was dumbfounded after Mr. Wolff continued to deny fueling the speculation.